Franco-American, Nicole Bacharan is a political scientist specializing in the United States. The We Are COM team rushed to her to understand the shock that the election of Donald Trump was. From Paul Lazarsfeld in 1940, each US presidential election was a textbook case for communicators. So we ask ourselves: How could he? What are the new paradigms of political communication? What were the tricks, the old recipes or the real innovations? Without trumping us (sorry), the answers will amaze you. 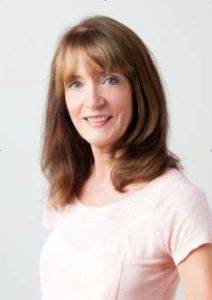 Hello Nicole and thank you for answering the team's questions, a little shaken up after this political earthquake. We have the feeling of having witnessed a bad reality TV show: episodes with rebounding - revelations, investigations -, Hollywood characters - the beautiful and the raw, the over-vitamin and the exhausted -, role plays that are reversed - the curator becomes the iconoclast, the billionaire becomes Robin Hood, etc.

Did American voters "buy" their candidate like a compulsive buy last minute ?

It is obvious that the last moment has played. With early voting, which is also the subject of an exit poll, we had the tendency: the ballot was going to be close. We can say that the pollsters were not mistaken so far ... In the end Hillary Clinton comes in first with 1,5 million votes in advance, however the votes of the very last day have tipped several states. Donald Trump becomes the 45th President of the United States. We could have ended up on WeAreCOM.fr to talk about the 1st woman President of the United States!
If the last week was indeed crucial in this election, I do not know if the Trump vote was “compulsive”. "Passionate", yes. It is a vote of passion, far from all reason.

What was Donald Trump's strategy and how did he awaken the "passion"?

For all strategists, analyzing the demographic developments of the country, it was impossible to elect a President without the vote of Latinos. But Donald Trump ignored - even stigmatized - the Latino community to focus on the blank vote. Its objective was to mobilize the white abstainers by uttering all the excesses with great blows of untruths. The facts didn't matter. The proven lies didn't matter. Everything has passed. Each time, Trump would get up and move on to the next streak.

This presidential election fully reflects a period of " post-truth »

Despite the " Fact-checkers Donald Trump has thus managed to convince by delivering often contradictory or false messages. In communication, is the truth ultimately that of the emotions?

This presidential election fully reflects a period of 'post-truth », Post-truth. We are witnessing the dissemination on social networks of untruths relayed by opinion leaders and leaving traces that no erratum can erase. It is the darkest aspect of the internet that we already know about. The most astonishing is elsewhere: studies of Donald Trump's electorate have shown that even his own supporters do not believe in his promises, such as the building of a wall between the United States and Mexico. Unrealistic. The choice of these voters did not fall on a program, but on a personality delivering a message of anger.

With the election of Barack Obama, 1st Afro-American President of the United States, voters had also made the choice of a personality. 2008 = 2016?

Hillary Clinton's electorate voted for her skill and experience. A reasonable choice that did not turn into membership (and even less into passion!). Previously, Barack Obama had managed to install an incredible impetus around his personality, which won him support with his claim « Yes, we can ". A positive and collective message: more hope, more generosity, more morality, more tolerance… His campaign pulled people up.
This year, nothing new except the same scenario taken to the extreme: always a charismatic man becoming the spokesperson for a strong opinion movement, able to take the crowds even further than they imagined. . But with " make america great again », The management has changed. Trump's message aroused the anger of Americans against a background of nostalgia, individualism, fear, withdrawal, rejection… He carried anger on the road to revolt.

But… why did nothing stop him?

« How to stop it? How to stop it? Is THE question repeated throughout the Democrats AND Republicans campaign. In my opinion, the runaway is the result of the conjunction of techniques and channels: the application of the methods of reality TV, the use of social networks (which cost nothing!) And a saturation of media noise. It gives us trash limitless with "fake-news", ever crazier rumors and classic conspiracy theories that Trump himself has championed. " I read this… I was told that… ". He mixed up genres, smashed the codes and dumped on the web.
Trump's maneuvering took place in the home stretch, the FBI affair on Hillary Clinton's e-mails: announcement of the opening of an investigation ten days before the election, then closure of the 'investigation two days before. The blogosphere was unleashed with the usual springs of " all rotten "," all corrupt "," all protected ". This event certainly influenced the election, the vote or the abstention, beyond the Trump phenomenon which was already of a very great magnitude.

We had a great one man show Across the country.

Roosevelt used the radio to directly reach the bottom of America, Kennedy the television to build his legend of family images in B&W, Obama reinvented the door-to-door. Is Donald Trump a past master in using the Web?

It is above all Twitter with a very personal management. He speaks directly to the people, failing to have a real organization on the ground with militants. Insomniac, he tweets at 4 am when no one is by his side to ask him " Are you sure? ". In the home stretch, his team had even deprived him of his Twitter account to avoid any further uncontrolled slippage.
You are right about the door to door. In 2008, Barack Obama masterfully managed to use data from social networks in particular to track down voters, find out their motivations and organize actions in the field: the activists were going to knock on the right doors. The coolest thing in the world then was to go door to door and make the world whole with a stranger. But Obama was not in direct interaction with the people, unlike Trump.
If Hillary Clinton has re-applied the Obama method, it was nothing in the face of Donald Trump's transgressions. She responded to excesses with rational messages. It has not been able to innovate in its communication system. She has failed to finely use the leverage of social networks to be more "present" in fragile states for the Democrats.

Beyond Twitter, Donald Trump has increased the number of meetings ...

We had a great one man show Across the country. Trump bet on his personality and his showmanship. He would arrive in a city, go on stage and then jump on his plane to replicate the same device in another city. Donald Trump from start to finish. On stage, just him: no singer, no artist, no star. In front of him, all the local media and its local activists invited to relay the little phrases of their champion on social networks… including Twitter!

3 key figures of the campaign

> 225,8 million of registered voters in the United States and a turnout of 54,2%, the lowest of the last 3 presidential elections.
> + 100% is the Clinton vs Trump campaign budget. Hillary Clinton spent $ 500 million, 53% of which was on media buying and only 3,5% on web investing, compared to Trump's "only" $ 250 million with 27,4% on media buying and 23,6% invested online. For the first time, a US presidential campaign has cost less than the previous one.
> 17 million of tweets published during the 2nd Trump / Clinton debate, October 9, 2016. Twitter's record.

3 things to know about Nicole Bacharan

> She is a National Fellow of the Hoover Institution at Stanford University in California.
> On September 11, 2001, live in the studio of the 20 p.m. newspaper of France 2 presented by David Pujadas, she left an impression on French viewers by launching: " Tonight we are all Americans ».
> His latest book, co-written with Dominique Simonnet, focuses on particular figures in American politics: the first ladies.