Microsoft has shaken up the world of developers this week: the American giant has just bought GitHub, an open-source online service for working and hosting IT projects, for 7,5 billion dollars. Considered "the largest code library in the world", GitHub has more than 27 million users.

A committed community that sees with suspicion the arrival of Microsoft. Because if the Redmond firm is already the 1st contributor to the platform and promises to maintain its independence, it will be able to better integrate it into its tools, or even use it to identify the best profiles.

It's the end of Google's monopoly in France: the online sales giant has launched its range of connected speakers (Echo, Echo dot and Echo Spot) at competitive prices. Thanks to its intelligent assistant called "Alexa", these products will be able to control the connected objects in your home (lamp, thermostat, alarm, etc.) as well as the various compatible applications (Netflix, Deezer, Spotify, etc.) and of course, all the Amazon services.

A few days before the arrival in France of Apple's HomePod, will Amazon's speakers launch the war on voice assistants in France? The French market is lagging behind, with less than 250 products sold in 000. While the Canalys firm expects 2017 million loudspeakers sold worldwide in 56,3 (vs. 2018 million last year), companies will have to quickly take into account this new expression of their brand (s)!

Dating, job board, marketplace,… Facebook is increasing the number of on-board services to (re) conquer the hearts of its users. To continue surfing on trends, Mark Zuckerberg's firm has launched a video game streaming platform (live broadcast).

Named " Fb.gg“, this service clearly has in its sights “Twitch”, a site dedicated to this booming specialized content. And as on Twitch, Facebook has integrated a virtual currency allowing content producers to earn money thanks to the support of their fans. What to bring back the 13-25 year olds, fond of these videos? 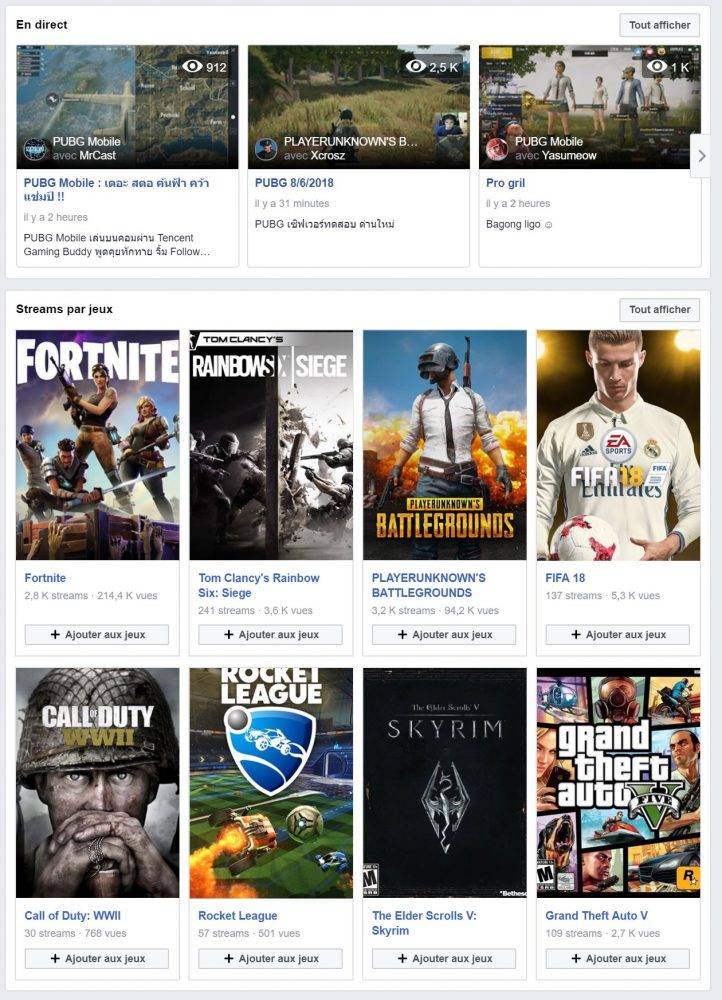